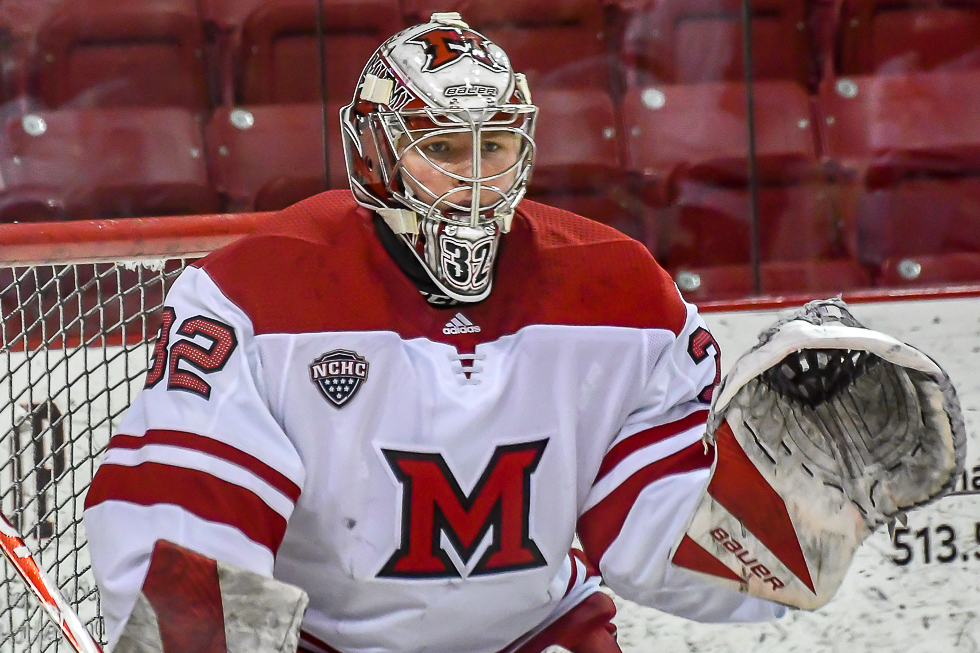 The RedHawks return the extended four-game, two-week home-and-home series agreement in Duluth on Friday and Saturday, where MU has lost its last six contests and is 0-12-1 since the start of 2014-15.

Miami is winless in its last six games, including four straight losses, while UMD has reeled off four consecutive victories.

A look at this weekend’s series:

NOTES: We pretty much covered Minn.-Duluth between last week’s preview and game write-ups.

Nick Swaney leads the team with 21 points. Jackson Cates has scored five times on the power play. Ryan Fanti has been solid in net, although backup Zach Stejskal has better overall numbers.

The Bulldogs are two-time defending national champions who are currently tied for second in the NCHC, five points behind North Dakota.

During its current winning streak, UMD has allowed just six goals, an average of 1.50 per game.

Although Miami found the net three times Saturday, the RedHawks are still near the bottom of the NCAA with a 1.95 goals-per-game clip.

The RedHawks are 2-2 in true road games this seasaon, having swept Western Michigan in Kalamazoo and dropped a pair at St. Cloud State.

Miami was without four key forwards last weekend due to injury. Joey Cassetti and Ben Lown were banged up the week prior and Ryan Savage and Scott Corbett were both hurt on Friday, forcing the RedHawks to move defenseman Bray Crowder to right wing.

Hopefully most or all of those players are back this weekend.

It appears likely Ludvig Persson will start both games in net for the RedHawks.