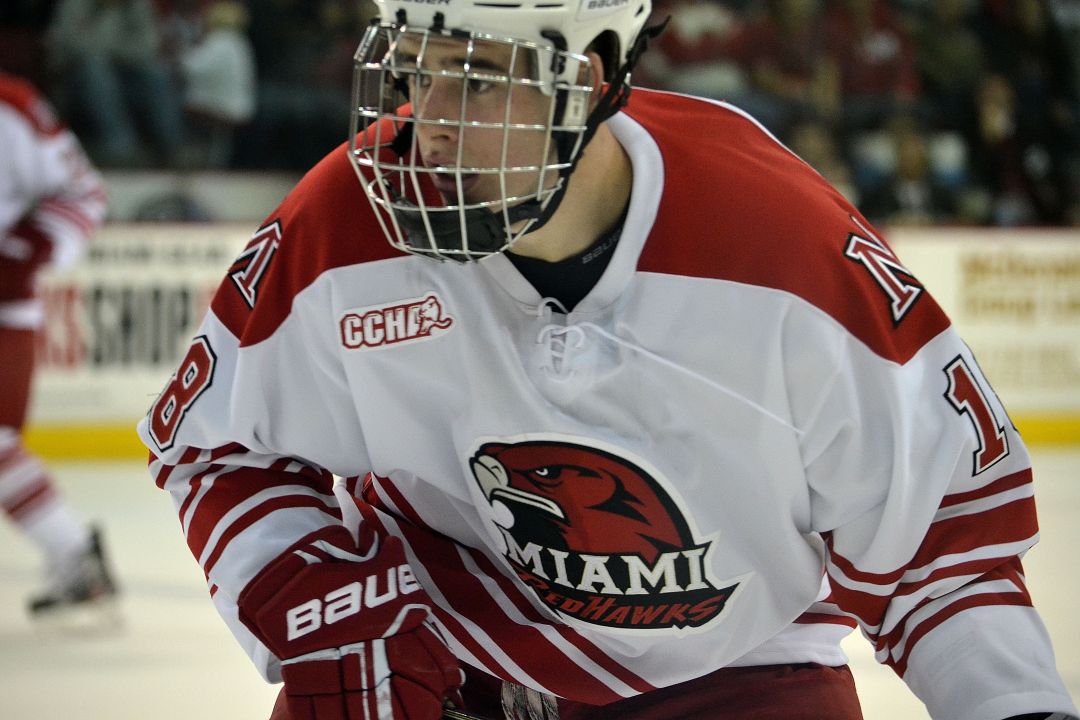 Pro report: Another milestone for Smith

Six former RedHawks returned to action when the NHL resumed play at the beginning of this month, and five are not only still alive in a quest for the Stanley Cup but thriving with their respective teams.

Winnipeg’s Jack Roslovic also saw his team participate in the postseason, but his Jets lost in the qualifying round, during which he recorded a pair of assists.

Smith leads all ex-Miami skaters with 11 points and is the Golden Knights’ all-time leader in playoff points with 39. He also moved into first place all-time in postseason goals by a former RedHawk, netting his 18th on Aug. 23.

The previous record of 17 was held by Dan Boyle. Smith’s 52 points in 57 postseason games is second on the RedHawks’ career leaderboard only to Boyle’s 81.

Smith’s plus-21 playoff rating is also tops all time among Miamians, and he netted an overtime winner in Game 2 vs. Chicago on Aug. 13.

Vegas teammate Martinez is second in the league in plus-minus this postseason (plus-12), and he has seven points this playoff year – all coming in his last nine games.

Martinez has played in 76 NHL playoff games, second all-time among former RedHawks only to Boyle, and he is the only RedHawk to win two Stanley Cups.

Coleman notched his first career multi-goal playoff game when he scored twice vs. Boston on Aug. 25. He has five points in his last six games, including three markers.

Greene netted his third career postseason goal vs. Philadelphia on Aug. 24, and he dressed in his 50th career Stanley Cup playoff game on Aug. 30, becoming the sixth former RedHawk to accomplish that feat.

Kuraly has missed the last couple of games with an undisclosed injury. He scored the game-winning goal on Aug. 15 vs. Carolina, giving him four career postseason GWGs out of his nine all-time playoff tallies.

exclusively dedicated to tracking the pro careers of former RedHawks.